December 30th 1975 : Princesse Marie Christine delivered to Regie voor Maritiem Transport (RMT) and made her maiden voyage to Dover, Admiralty Pier berth, rather earlier than was originally intended in order to allow her sister ship, the PRINSES MARIA ESMERALDA, to have her bow repaired following the storm and accident sustained the previous month. Commenced Ostend – Dover. 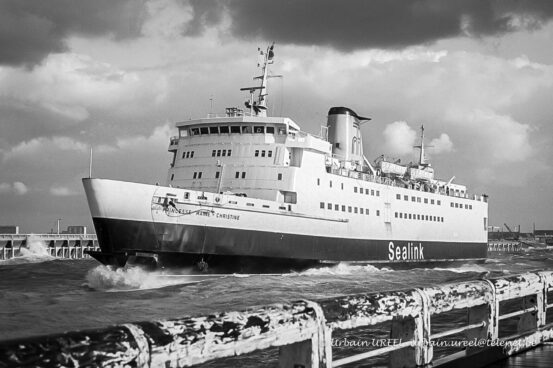 October 27th 1976: Suffered extensive damage when fire swept through an area of her engine room. The ship had just left Dover (Admiralty Pier) with 205 passengers, 10 cars and 11 freight vehicles on board when the fire was discovered and she had to put back. A Dover Harbour Board tug and the Townsend-Thoresen freight ship EUROPEAN TRADER assisted her back to the port while 50 fireman from all over East Kent were called to tackle the blaze. Most damage was caused to one of the ship’s three exhaust systems and although her passenger accommodation was not affected, at one time there was a danger that the fire might spread. Fortunately the firemen managed to quell the blaze before too much water was pumped into the ship.

October 2nd 1981: Repaired and back in service.

July 1984: Sealink UK Ltd had been de-nationalised and purchased by the Bermuda-based Sea Containers the new owners immediately began a general reappraisal of all their services. (including its intention of taking on 50% of all the traffic on the Dover-Ostend route.

1985: The news of a stretching programme, or “jumboisation” as it is often known, was announced, but it only originally planned to deal with the PRINSES MARIA-ESMERALDA and the PRINCESSE MARIE-CHRISTINE, leaving the PRINS ALBERT untouched. By cutting the ships horizontally and inserting an extra lorry deck, their capacity was raised from 46 to 55 pieces of freight. The “PME” had her work completed at the end of May 1985 while the “PMC” re-entered service in January 1986. All work was carried out at Boelwerf Vlaanderen (Boel Yard Flanders) (the former Cockerill Yards at Hoboken). 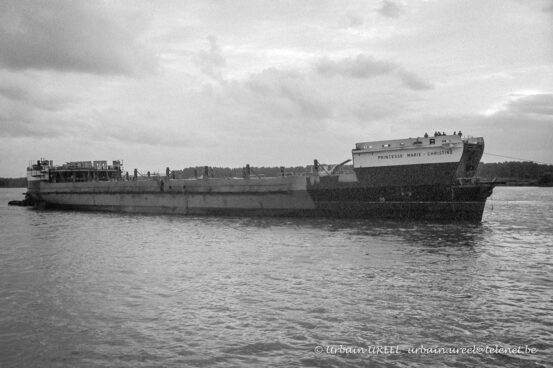 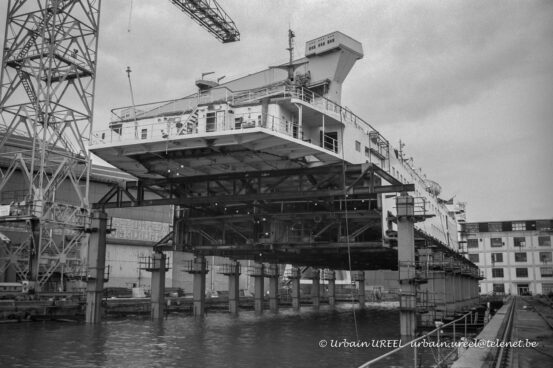 October 25th 1985: Belgians entered into negotiations with Townsend Thoresen and an agreement was concluded.

1987/88 (refit): “A completely new livery, reflecting that carried by the P&O European Ferries fleet, was adopted. For the first time in the history of the Dover-Ostend service, the buff (later changed to a lighter shade of yellow) funnels were painted- out in favour of a shade of blue.”

1991:The creation of a totally new marketing profile and the adoption of the name with which the line has officially been known since the early days, sees the fleet in its fourth livery in seven years. The first to receive it was the PRINS ALBERT during her overhaul at Ostend in November and December 1990. 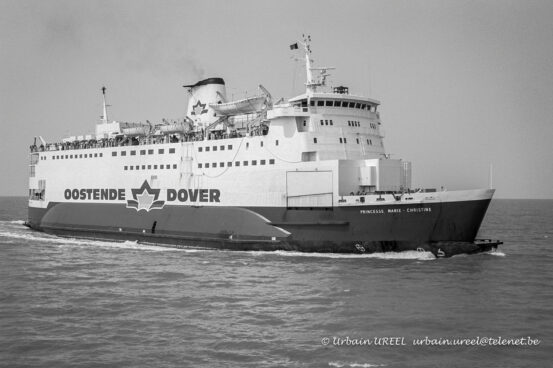 1993 (end): Announced that the Belgian company did not intend to renew its marketing agreement with P&O but instead concluded a deal with Sally Line. With effect from the following January RMT became known simply as Oostende Lines , transferring all its Ostend services, including Jetfoil operations from Dover to Sally’s base at Ramsgate

January 1st 1994: First service arrival at Ramsgate for Sally Line and operating between Ramsgate – Dunkirk as a relief vessel. Used temporary link-span prior to building of the permanent structure.

1998: Sold to Denval Marine Consultants of the UK and renamed PRIMROSE.

1999: Seasonal livery of white hull/superstructure with Denval motif on the funnel.

2000: TransEuropa Ferries was applied to the hulls of the EUROVOYAGER and PRIMROSE

June 20th 2008: To ARNO Dunkerque for dry-docking. Then resumed service.

June 17th 2009: Left Ostend having been chartered to Comarit for crossings, between Spain and Morocco and between France and Morocco.

September 14th 2009: Charter completed and she arrived back in Ostend. She laid over at berth 501 and had her stern ramp addition removed.

April 12th 2010: Due at Zeebrugge for underwater survey having been reported that she had been sold to Finsea S.P.A., Limassol, Cyprus (Blunavy) in April, and will be possibly be renamed ISOLA D’ELBA. It was also reported that she would be used on the link between Piombino and Portoferraio. She has also had her stern ramp added again.

February 8th 2011: Said to have fetched more than $1.9m in a scrapping deal forged with breakers in Alang, according to a notable US shipbroker.

March 11th 2011: Sources indicated that she had been renamed ELEGANT 1 and was en-route to Indian breakers.

May 8th 2011: Noted as arriving in the Arabian Sea off Alang. “The vessel, which was snatched off the block for $330 per ldt, was sold “as is” in a deal sealed in Italy. Brokers say the rate rang in well below the demolition average in India, which has been hovering around $500 per ldt for tankers and $475 for bulkers.”

All information is believed to be correct and no responsibility is accepted for any errors or omissions. All items included in this article are subject to © copyright. We would like to take this opportunity of thanking: Bertel, Bernd Crause, Brian Fisher, Ton Grootenboer, Mike Griffiths, Cedric Hacke, Philippe Holtof, Ted Ingham, Pieter Inpyn, A G Jones, Trevor Jones, Ken Larwood, Juanfra Monzón, Luca Filippino, Mike Sartin, Julien Tahon, Urbain Ureel, Michael Woodland and Andreas Wörteler.

MV Saint Eloi - Past and Present

MV Transcontainer I - Past and Present

MV Koning Albert, Past and Present

MV Barfleur – Past and Present

MV Star Stratos – Past and Present

MV Director – Past and Present

MV Connemara – Past and Present

GTS Celebrity Constellation – Past and Present

MV Sally Star – Past and Present