Steel twin screw motor vessel, built and engined by Cockerill’s of Hoboken in 1937 (Yard No. 651) for the Belgian Marine Administration’s Ostend service.

April 23rd 1937: Launched by the King of the Belgians in a joint ceremony with the cargo liner MOANDA. 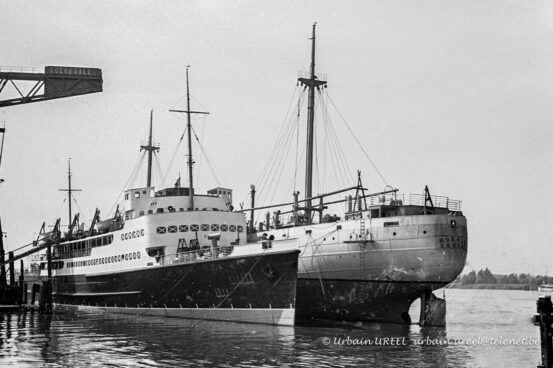 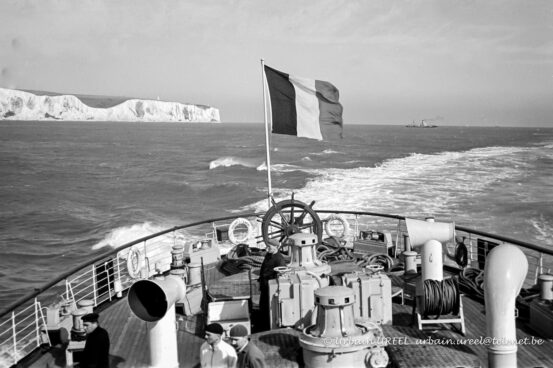 May 18th 1940: When Germany invaded Belgium she left Ostend for Southampton via Le Havre carrying refugees.

May 28th 1940: Taken over by the British Ministry of War Transport.

July 1940: Requisitioned for air target use.

December 26th 1941: Took part in combined operations such as on the Lofoten Islands in Norway.

1942: Took part in the Canadian attack on Dieppe.

May 1943: Left for the Mediterranean Sea.

June 1943: Took part in the invasions of Italy and Sicily.

August 15th 1944: Took part in the landings in Southern France.

August 1966: Laid up in reserve. However, continued to sail on most weekends in the summer season between Ostend – Folkestone and Dover.

September 7th 1968: Made her last sailing and withdrawn.

May 25th 1970: Sold to Van Heyghen Freres, Belgium for scrapping.

All information is believed to be correct and no responsibility is accepted for any errors or omissions. All items included in this article are subject to © copyright. We would like to take this opportunity of thanking: A G Jones, Ted Ingham, Frederik Janssens, Arne Pyson, Julien Tahon and Urbain Ureel for their assistance in producing this feature

MV Prince Philippe (I) - Past and Present

TS Hampton Ferry – Past and Present

MV Bekaa – Cargo from the Past

MV Norland – Past and Present

MV AIDAbella – Past and Present

TS Duke of Rothesay (III) – Past and Present

MV Koningin Juliana – Past and Present

MV Australic – Cargo from the Past

Mv Cantaloup – Cargo from the Past